Intro to VR: the different types of “reality” 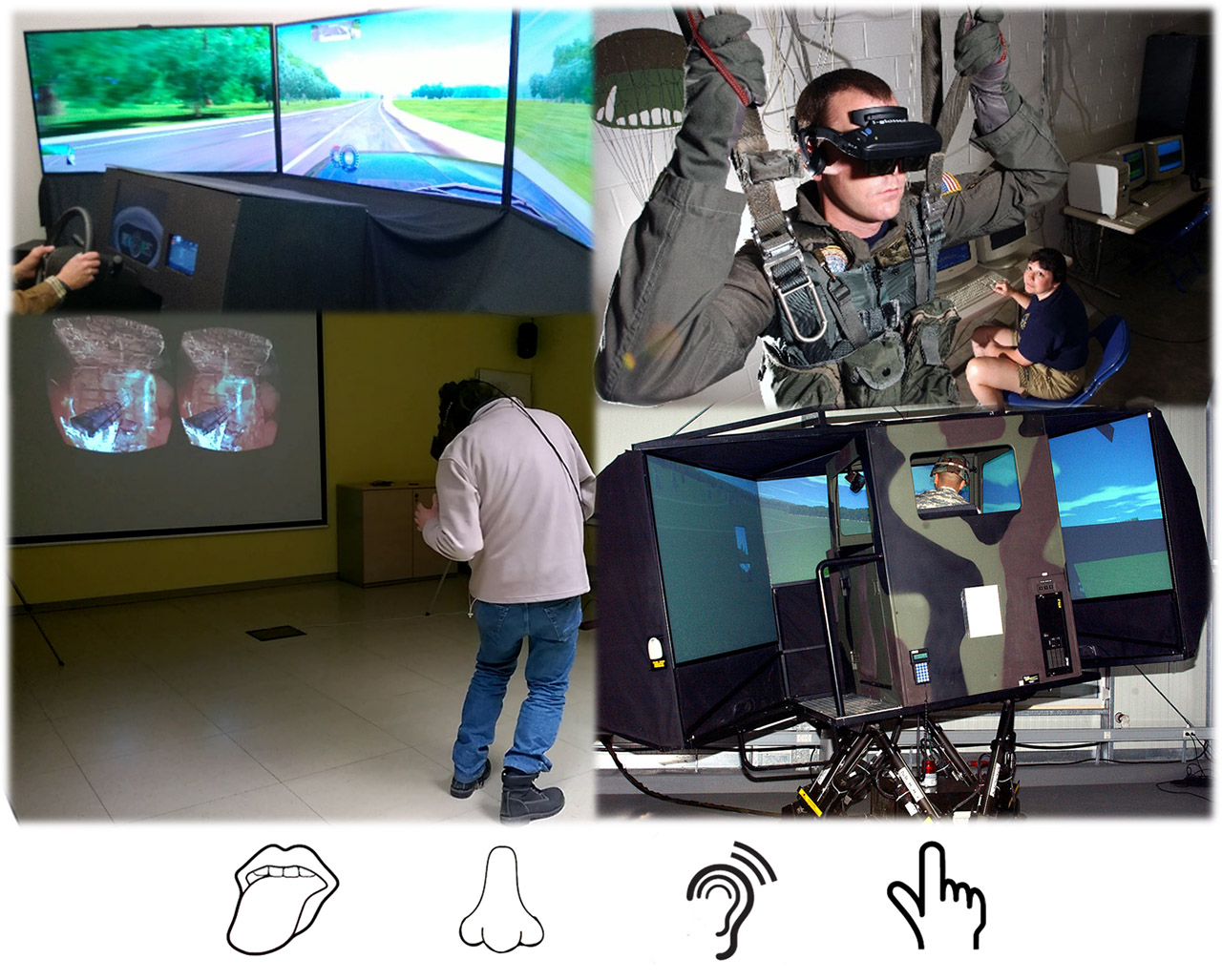 Hello all! Today I am starting a new introductory blog series about Virtual Reality topics, to spread the knowledge about this interesting world, which, unfortunately, is still unknown by too many people. Arguments will cover technological aspects, programming and experience sharing. If you would like to know more about a specific topic or have something to add or share, feel free to write me an email or comment each post. Your feedback is very important to me!

One more thing prior to start. If you are interested in more details about those topics, you can find them covered in my online training course from Pluralsight: Getting Started with VR in Unity.

In this first post, we will learn some basic concepts about Virtual Reality and the important difference between "the realities".

First, what is Virtual Reality?

Virtual Reality, or VR, is often used to describe a variety of applications commonly associated with computer simulations, immersive experiences, physical presence and visual 3D environments. The simulated environment can be similar to the real world in order to create a lifelike experience, for example, in simulations for pilots or industrial operator training, or it can differ significantly from reality, such as in virtual reality games. In the most advanced state-of-art implementations, VR can recreate additional sensory experiences, which also include virtual taste, smell, sound and touch.

These technologies have started to become increasingly popular in the media over the last few years, and several distorted notions have spread and evolved. First, we need to understand clearly what Virtual Reality is, and how it differs from Augmented Reality, also called AR, and from the Contextual Reality (CR), or, as I like to call it, the Enhanced Reality (ER). The technologies behind the three types of Reality are very different, as well as their field of application. 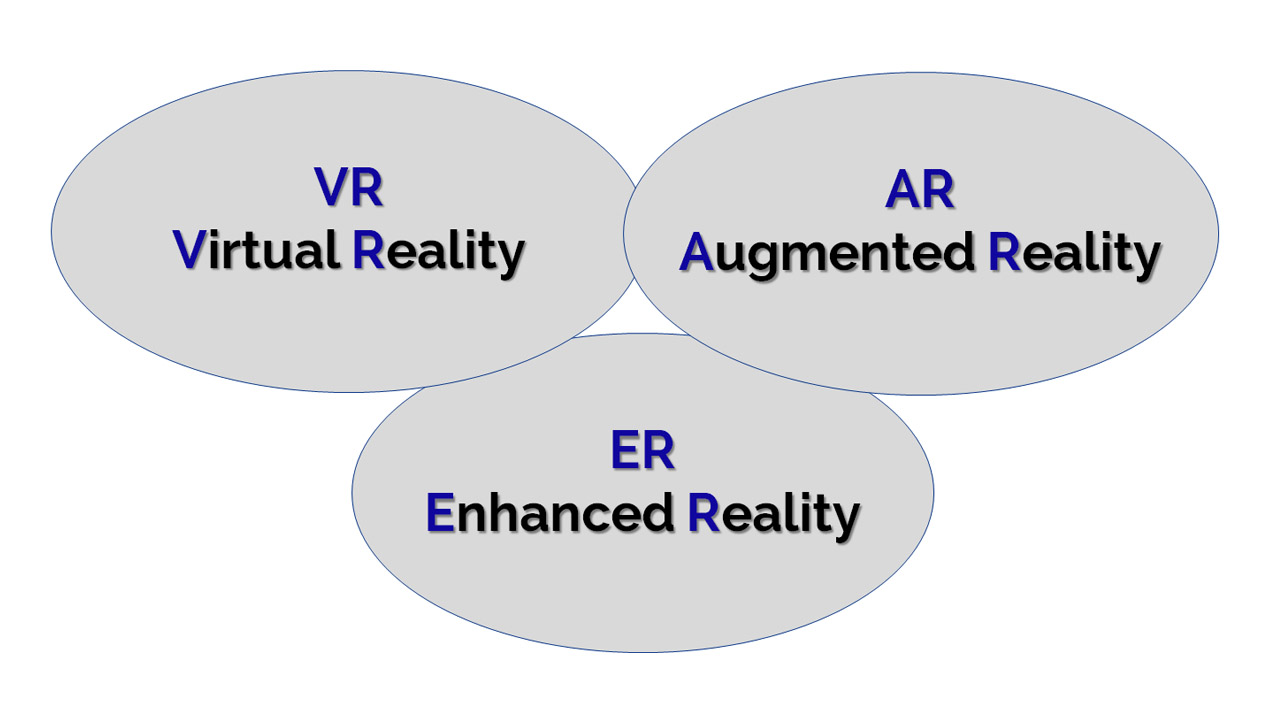 Augmented reality and Virtual Reality are two overlapping fields in which the lines of distinction are very narrow. Naively, one can think of Virtual Reality as the precursor to Augmented Reality. The main difference between the two technologies is that VR does not use a camera stream and all the things displayed in VR are pure 3D objects or worlds, either static or animated, not related with the physical world.  Users are isolated from the surroundings and do not see through their head-mounted displays.

Augmented Reality, instead, offers users a new way to interact with the real world in real-time. It creates a modified version of our reality, enriched with digital information, 3D models or other virtual things, positioned in real world as they were there. This virtual stuff is visible only on the screen of our computers, in our mobile devices or in our binocular smart-glasses, such as Epson Moverio, Meta glasses, or the upcoming Microsoft HoloLens. 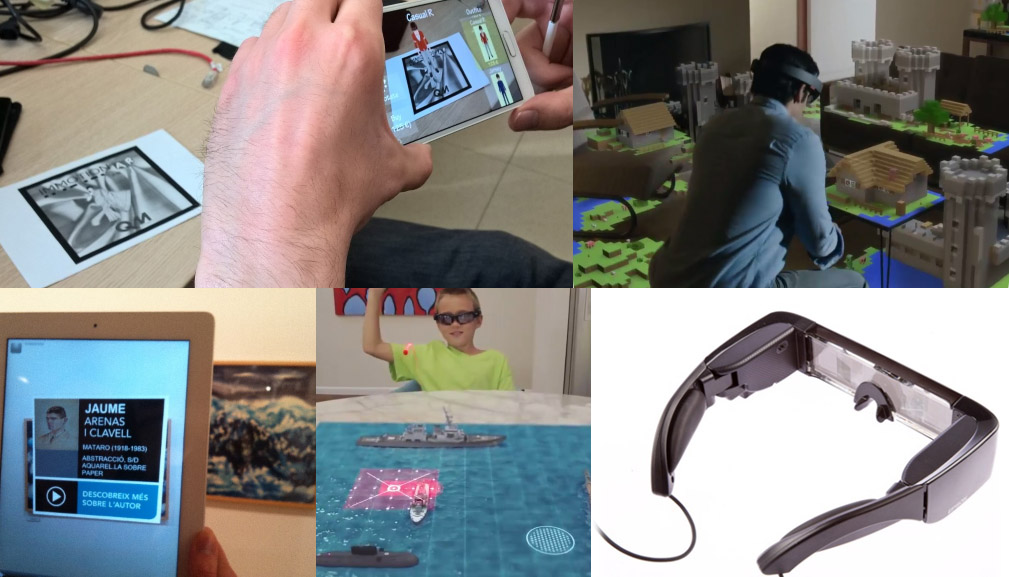 To make things more interesting, Augmented Reality can be easily confused with a third kind of computer-generated reality, the Contextual or Enhanced Reality. This third type is the one made popular by Google Glass or other producers of monocular head-mounted displays, like Vuzix or Recon Instruments. With Enhanced Reality, the real world is not a modified version of our reality, but it is just an enrichment with digital information shown in a sort of virtual overlay, such as notifications, real-time data, point of interests, messages, related to the place we are in, or to what we are looking at or what we are doing. However, it is not possible, with the technology behind current Contextual Reality, to merge seamlessly the real and the virtual. 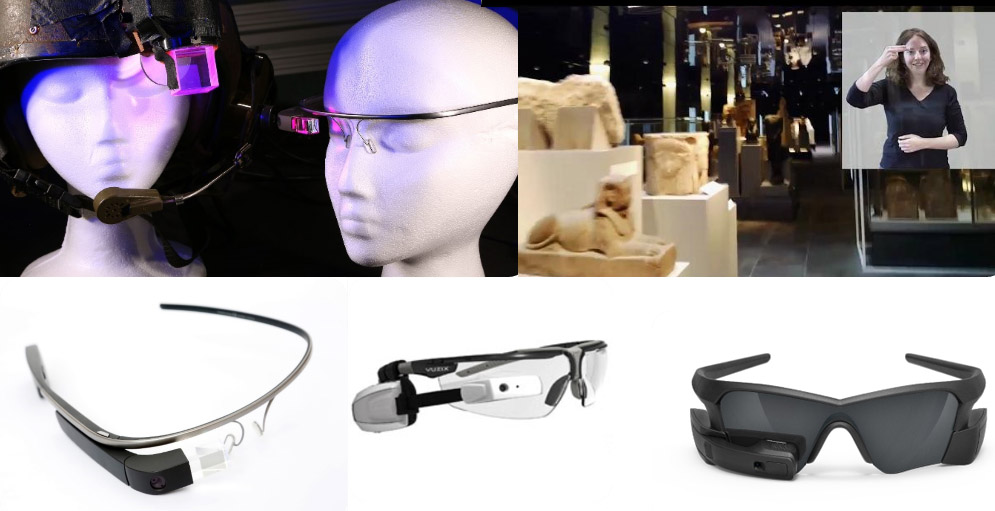 I hope that from now on, you have a clear understanding of the three types of computer-generated realities. In addition, I kindly ask you to spread the word! Each time a friend of yours, a relative or anybody else who talks about VR, AR or ER confusing them, please, tell him or her the difference. Now you know it! It is very important that people know it, and helping them, you will make the world a little better :-)

Stay tuned for the next topic, soon! Bye!