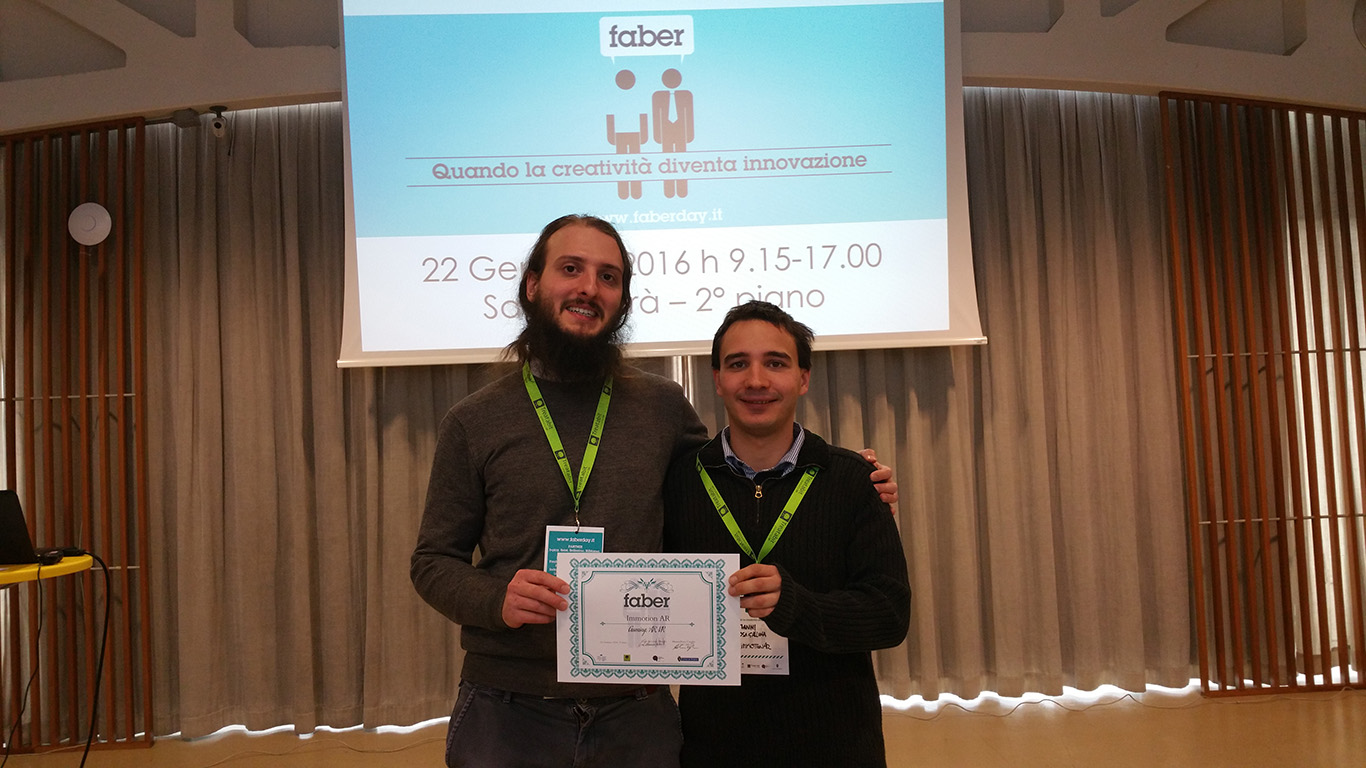 On January 22nd, we participated to the award ceremony of Faber Day. As we told you in our previous post, we were selected among the 12 winners of the contest, with our ImmotionRoom solution.

I’ll write here a short post-mortem about the event, in the classical Q&A form that I use in every postmortem (like in this one and this other one).

Ok, so this your first award. How has been receiving a prize?

Well, this is not our first award. Gianni has already received some international awards, especially in Microsoft contests and we, as ImmotionAR, have already won some prizes in the Intel Realsense AppChallenge 2015. But this is the first time ImmotionRoom received an award and the first time we as a group participate to a physical award ceremony. It has been nice, receiving a prize is always something beautiful, makes you see that there are other people that finds you are doing a great work. It is obvious that friends and relatives say you that your work is great, but when other people you don’t know award you of something, it is great because you receive a truly positive feedback from unbiased people. So yeah, it was great!

Have you had a public pitch? How you prepared it? And how has it been?

Yeah, a short pitch of 5 minutes about our startup and our work (actually, ceremony times were shrinked, so we had only 4 minutes). Gianni has already made a lot of public talk (he’s a cool man), but for me…ehm, it was my first time! So I was a lot scared!

We prepared the slides and made some rehearsal of the whole presentation 4-5 times the day before, so we were prepared to speak with some kind of auto-pilot :-). I also gave a try to SpeechCenterVR which make you try a pitch in virtual reality, with people that try to distract you, that laugh in your face while you speak, and that helped me a lot to not get distracted during the actual pitch. 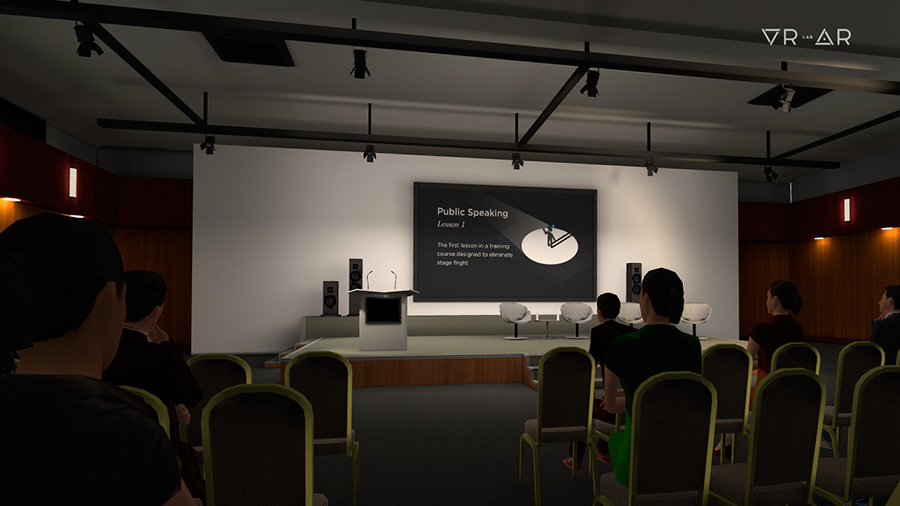 The pitch went great: we adapted well to some technical problems and to the shortened time: everyone said we were really OK.

Here the advices are:

Have you found partners, customers, investors?

Mostly not. The big defect of this ceremony is that it was absolutely not business-oriented. So there were no investors, few possible partner companies, few possible customers. This was really a pity for our beautiful pitch.

It was more like an event of brainstorming, to meet other smart people that one for B2B interaction. Anyway, we were really happy to talk to a lot of smart guys, exchange with them business cards and our ideas. And even in this sterile context we met a possible future partner and a possible future customer.

As I always say in every postmortem: DO NETWORKING. Always. There is always someone that can become your partner one day, in every event. So go talking to everyone you can :-) . Trust me, you’ll never regret it, because even if you won’t meet a partner, you’ll have exchanged your ideas with other smart people and you’ll come out enriched from the event. 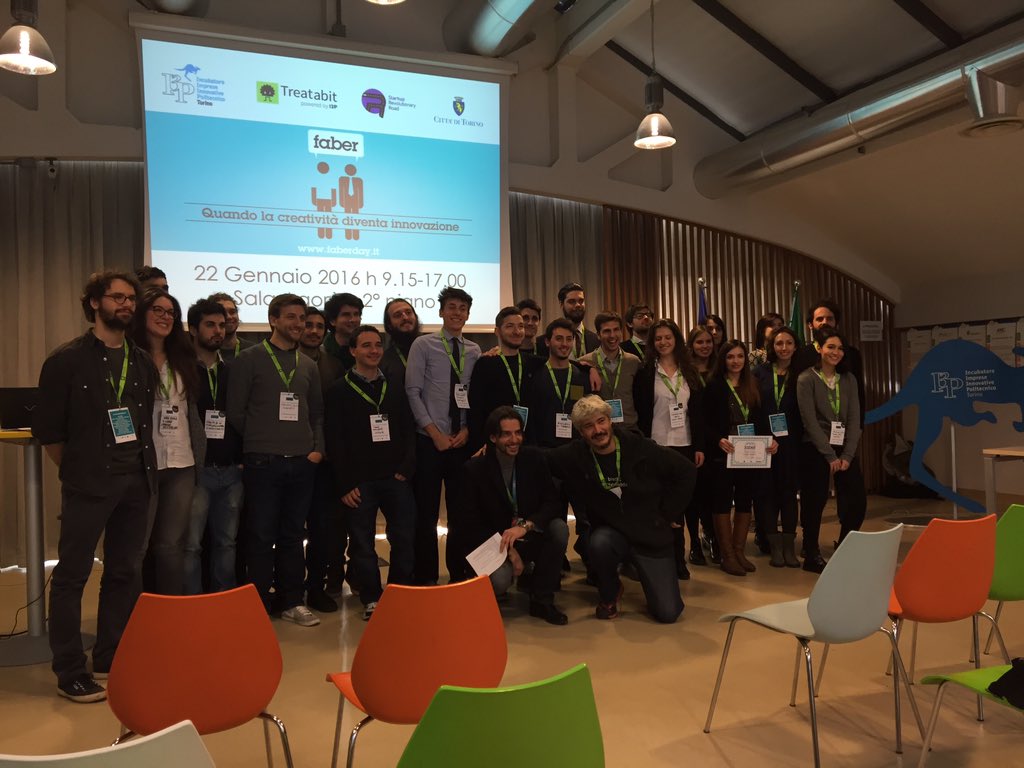 So, have you met interesting people?

A lot. There were a lot of very young guys with great ideas that they hope could become a startup product; some business specialists that talked about how to get fund for your company; some marketing guys with which we talked about advertising nowadays; a founder of a small videogame studio here in Turin, with which we exchanged ideas about videogames business in Italy and virtual reality. Talking with smart people is always great, you learn a lot of things. The important thing, in my opinion, is learning from people more expert than you and help less experienced ones: creating a community means not only taking, but also giving.

Have you had press coverage?

Yes: the online version of La Stampa, a well-known Italian newspaper, cited ImmotionAR along the other winners! And the Italian Television RAI3 talked about the event and we were in some frames of the local TV news reportage. Being on the TV, even for that short time has been… well, great! :-)

Something funny that happened…?

Well, one man asked me to go out the conference room because I refused to participate in some kind of philosophical auction… I’m some kind of outlaw now :P

We’re happy to have received this prize, and hope it will be only the first one of a long serie…and the Faber ceremony has been really interesting because of the people we met. Hope we’ll be in similar ceremonies for all the year! 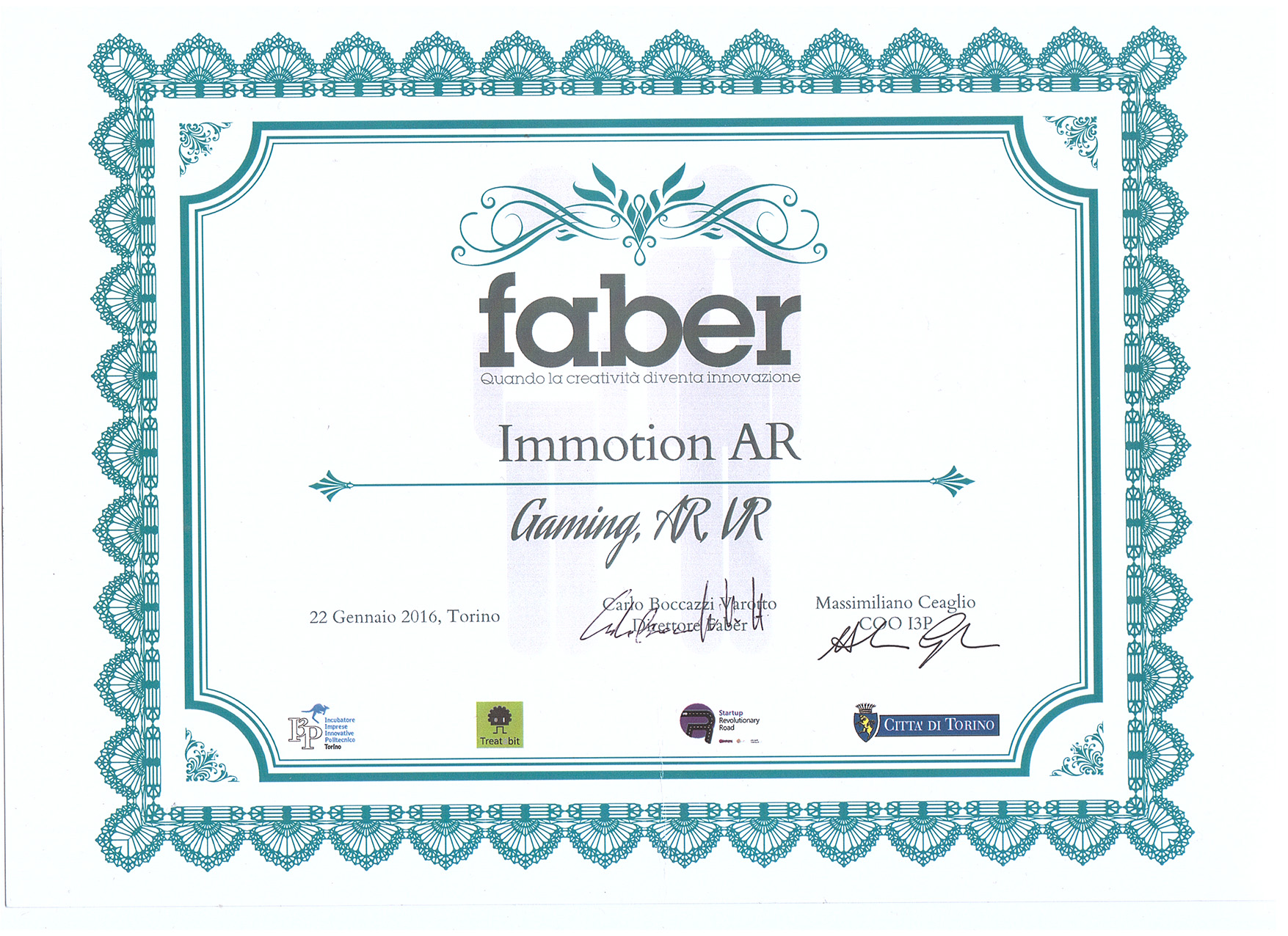