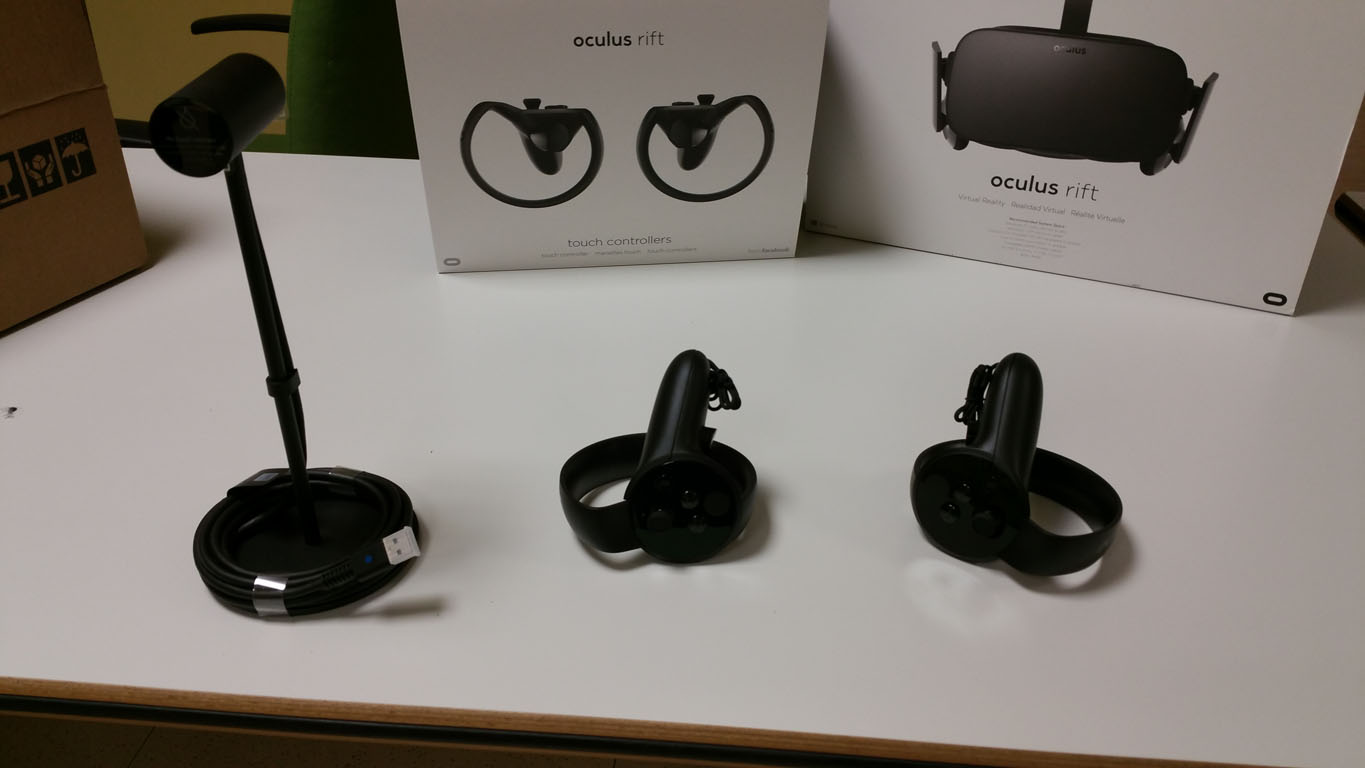 Hello all! Here’s Tony from Immotionar! After having given my first impressions on Oculus Touch on my personal blog and having made first experiments with them and our ImmotionRoom system, it’s time for an Oculus Touch full review! One of that flood-of-words reviews, like the one I did for HTC Vive, Oculus Rift CV1 and Razer OSVR. Are you excited by this? I hope so! So, fasten your seatbelts and let’s take a look together at this awesome controllers! (ah, you don’t have the time? No problem, go simply to the TL;DR section at the end!)

At first, let me show you the unboxing operation. This is the box that arrived at my house. I was so excited I received Touch controllers! 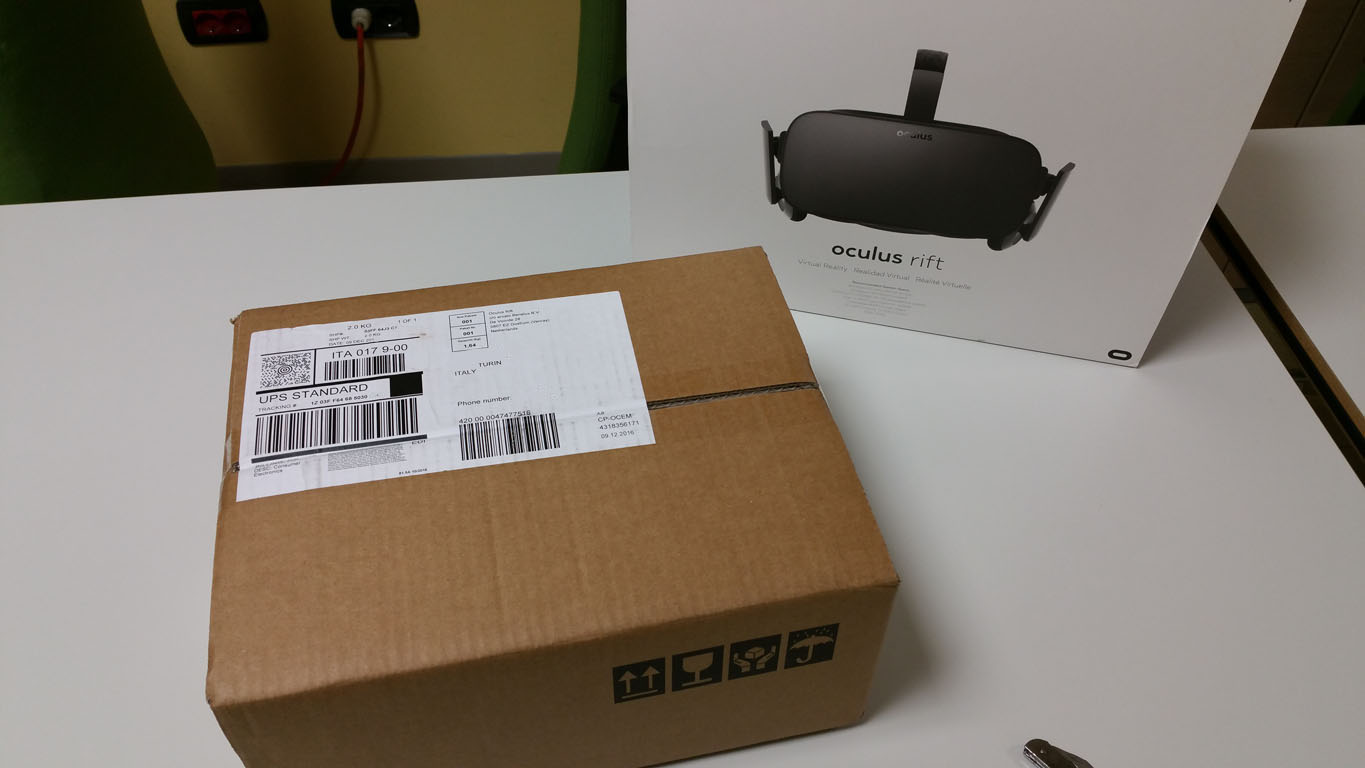 Opening the box… voilà, Touch are there! 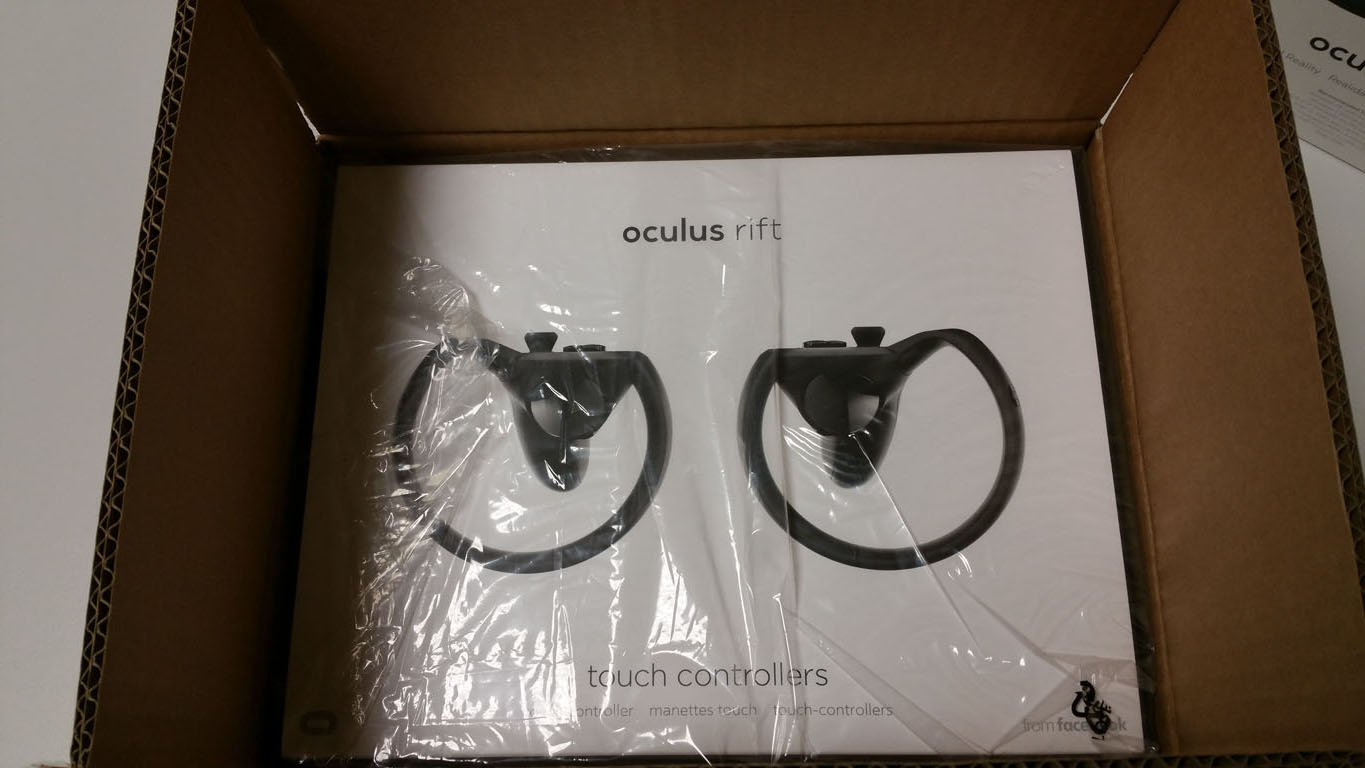 The box has same design of the Oculus Rift one: very neat and elegant… look the two boxes one next to the other! They’re like mother and child together! 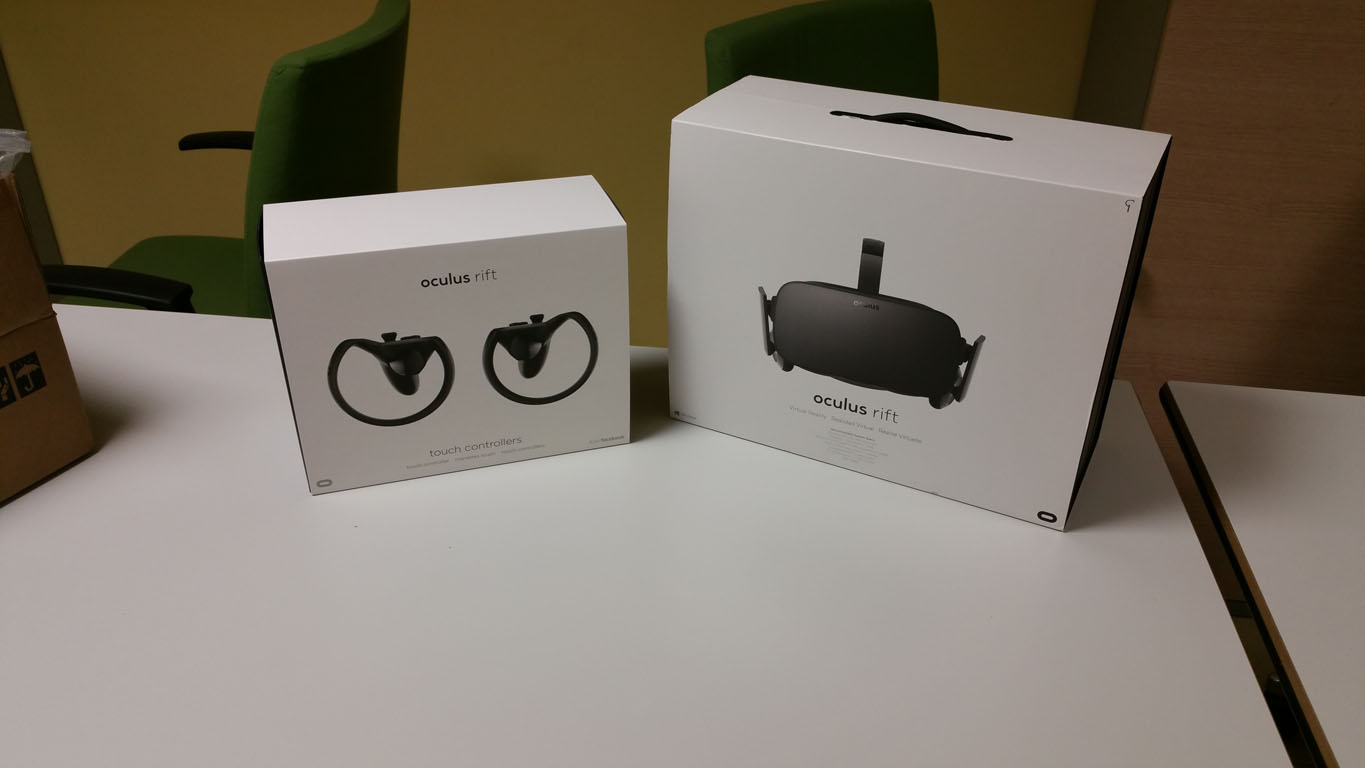 Inside, exactly as with Oculus Rift there is a black box containing all the stuff. But while Rift one was a hard plastic box, this is a cardboard one, so it is slightly less elegant. But it’s cool anyway. 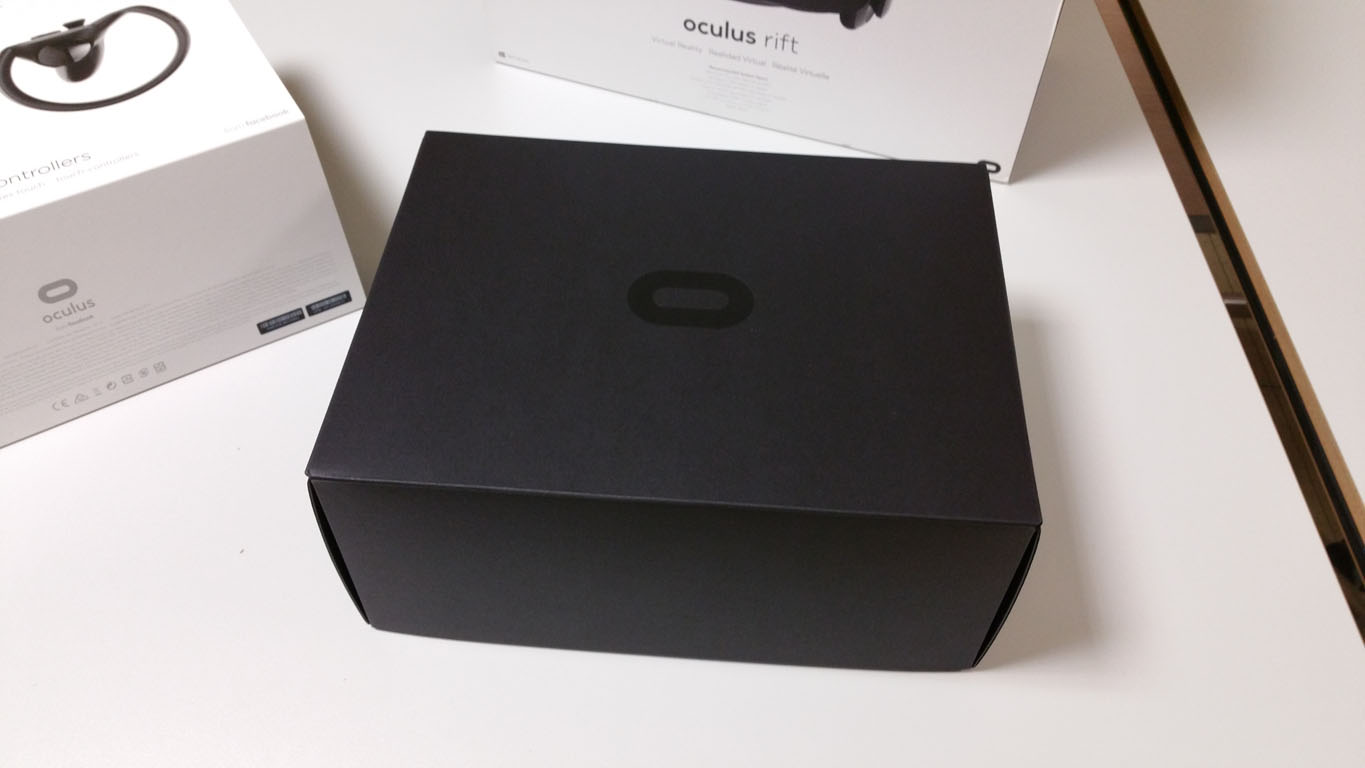 Inside this medium-sized box, there is all the Oculus magic stuff. Let’s open it. 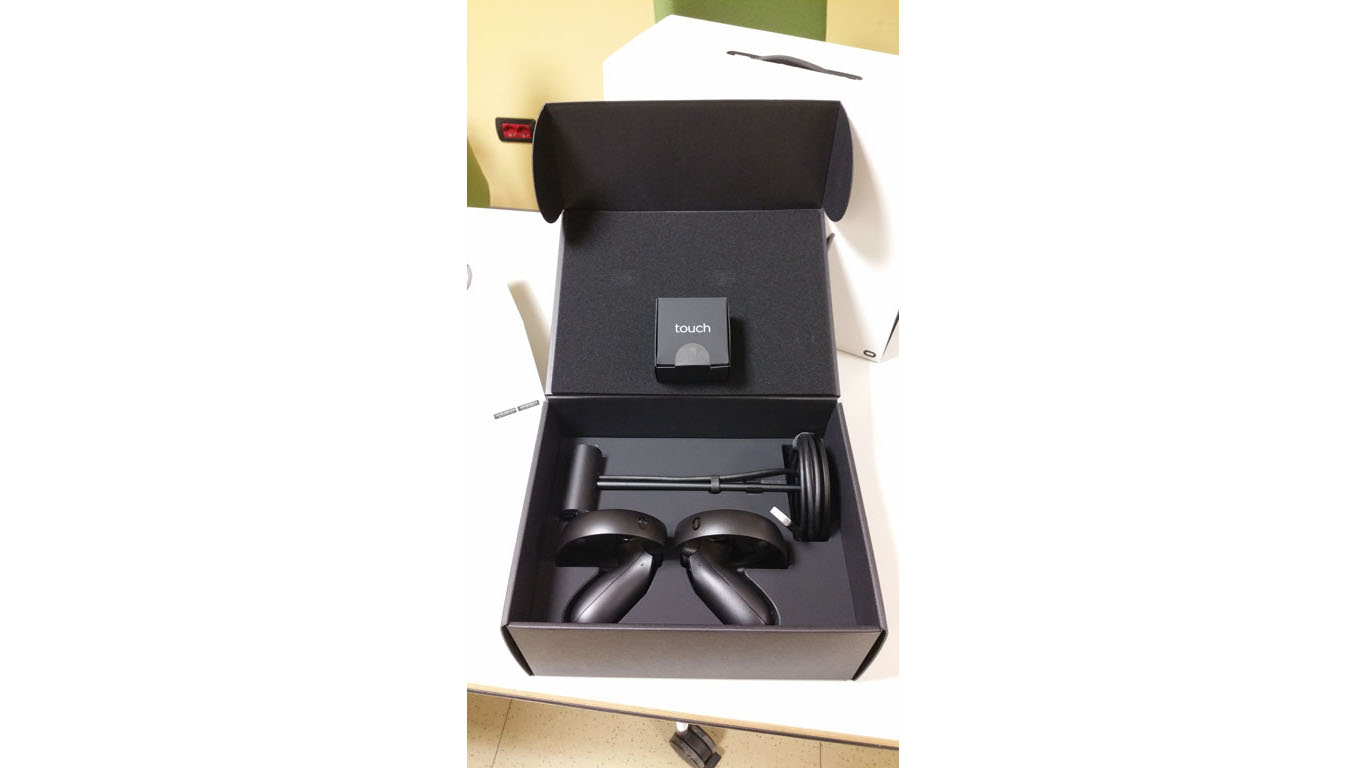 Take a moment to see its wonderful elegance. Oculus has nothing to learn from anyone regarding elegance and design. The choice of the font, the black color, the design of the controllers, the positional tracker… everything conveys the idea of pure elegance.

Inside the box the most important things are obviously the two Touch controllers and the additional positional tracker, necessary to use the controllers.

Here you are with a zoom of one of the controllers. 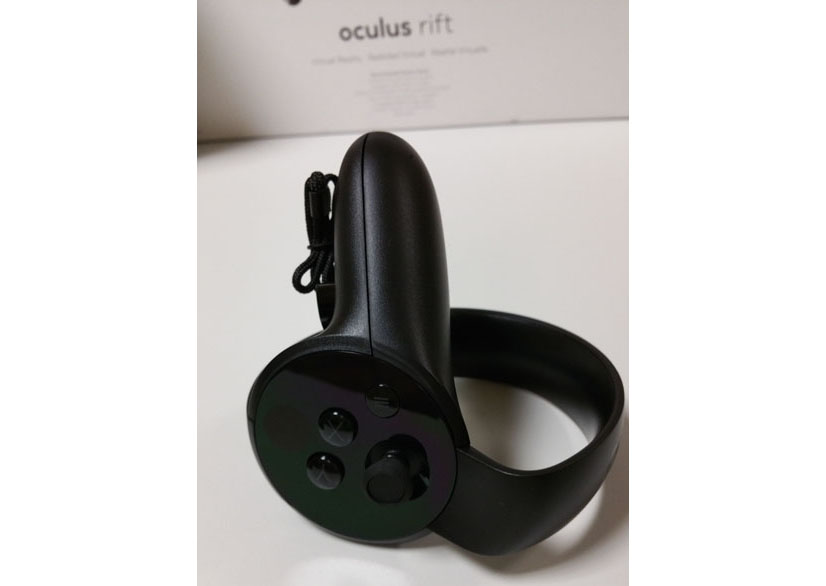 And a photo of the controllers with the Rift all together. 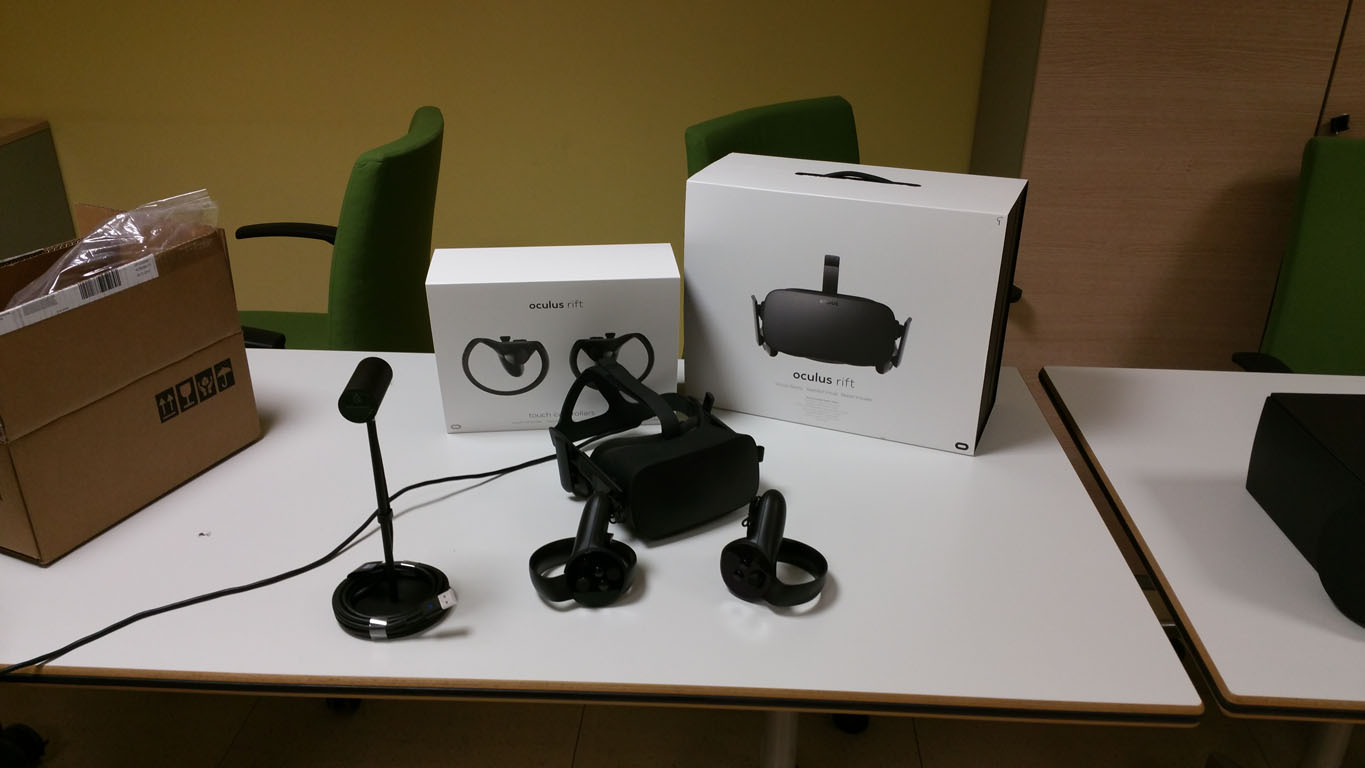 In the box there is also other stuff. On the lid there is a little cardboard box with the Touch label. Let’s open it! 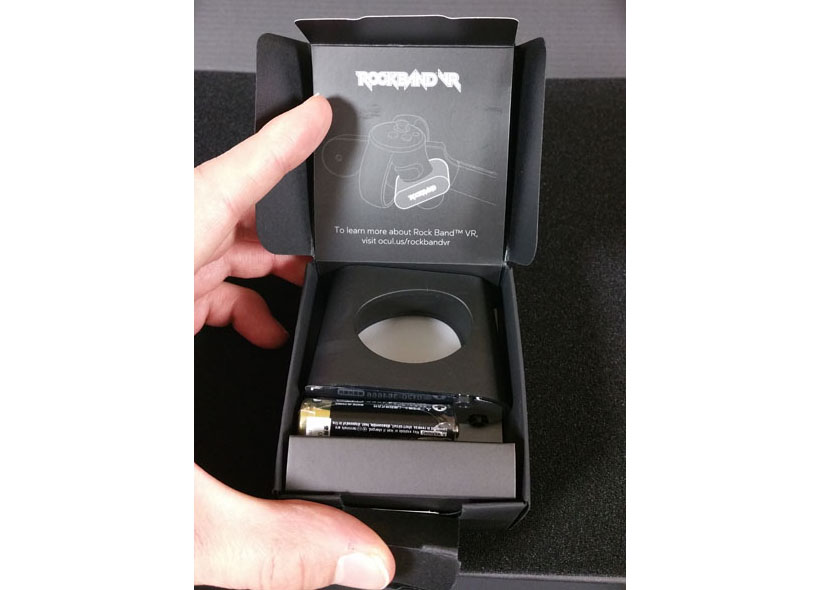 Inside there is the controller for Rockband VR (I’m quite skeptical about its usefulness, but Palmer Luckey was so happy about distributing it with the Rift…), some batteries for the Touch controllers and… 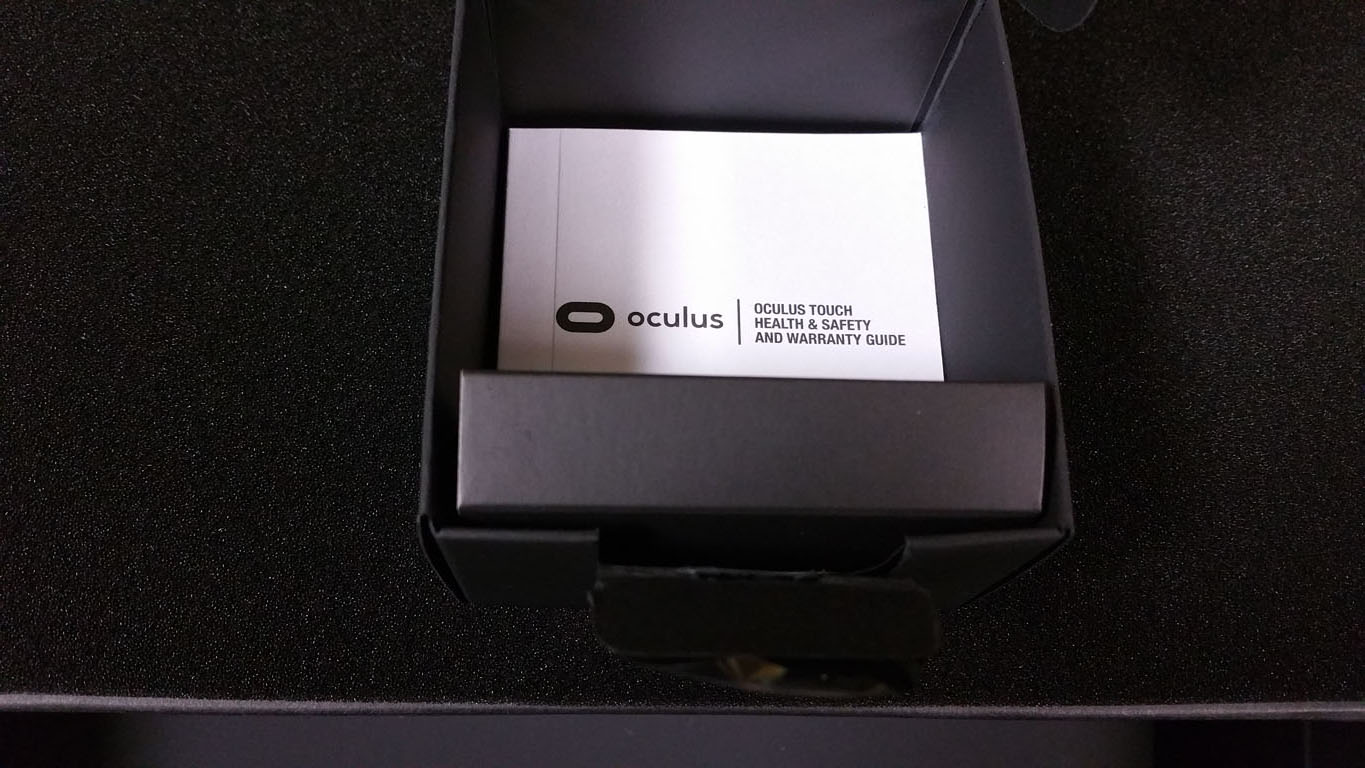 Yes! It’s it! The absolutely useless health & safety guide! The piece of paper no one has ever read in his entire life!! Awesome! I’m so glad having spent $199 to have it!! The most precious part of the package! 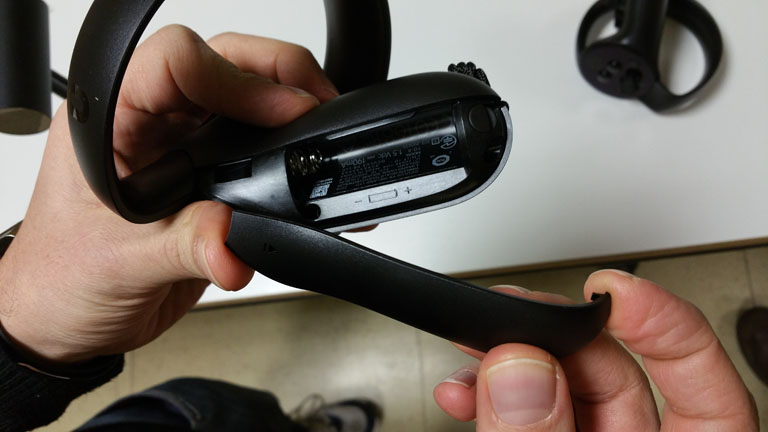 You can slide a little plastic lid of the Touch to insert the batteries! Every Touch needs only a battery. This time Oculus didn’t give us DURACELL batteries but very famous MITSUBISHI ones (guess that they’re finishing the money… cardboard boxes, Japanese batteries… :D :D :D). Still don’t know how much time a battery can last inside a Touch, but I can say you that there’s no OFF buttons on Touch controllers and this is a nuisance.

After you’ve inserted the batteries and set up the second positional tracking sensor, you are finally ready to start using your brand new Oculus Touch! 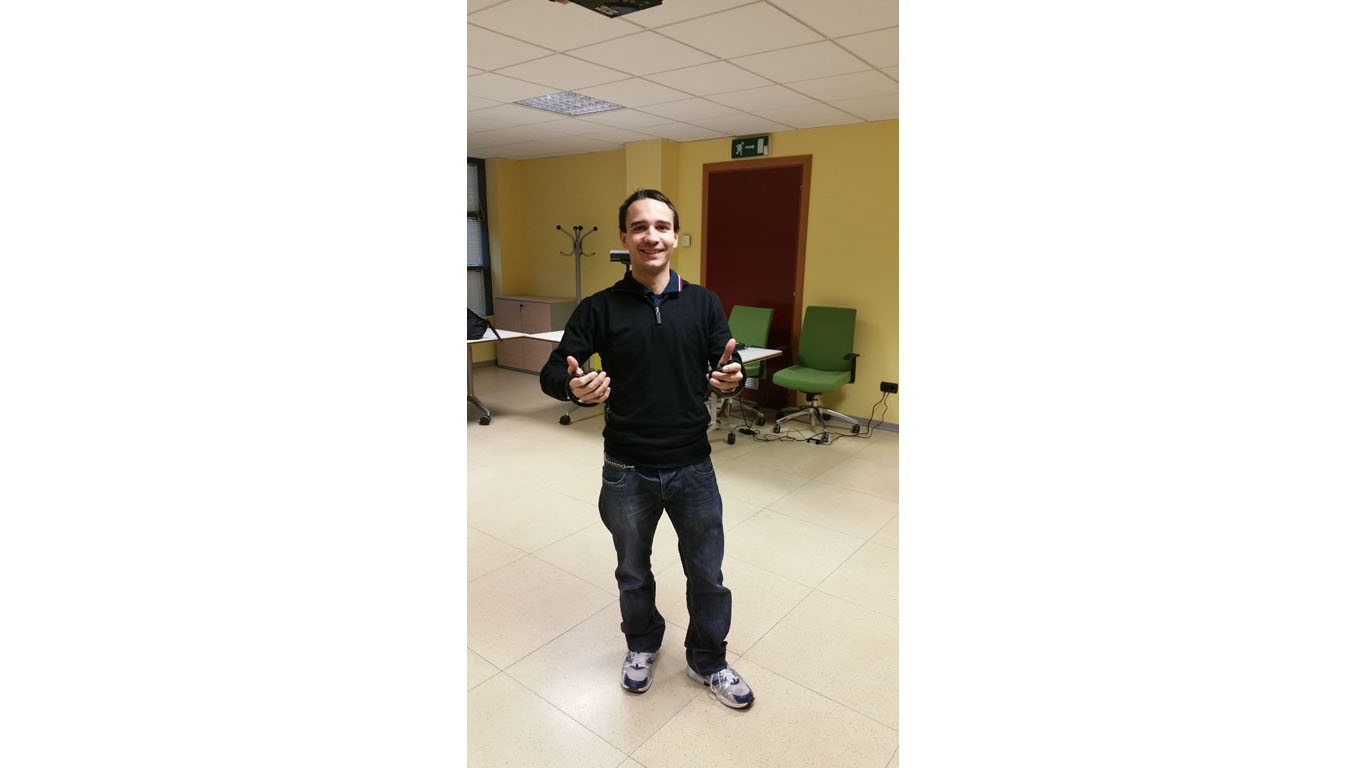 Inside hands, Touch fit very comfortably: again, Oculus about design and comfort is absolutely the king among all VR companies. Touch stay very well inside your hands and are very well crafted as well. People on reddit report that they’re also very solid: if you punch with it the furniture of your home, they will come out intact. I can confirm that random collisions don’t ruin them… but be careful the same… they’re very precious!

If you’re asking yourself if every Touch can fit inside both hands, the answer is no: Left Touch can fit only in left hand and the same holds for Right Touch. Both controllers have a specular setup: that is, both have 3 buttons on top of them (but with different labels) and a thumbstick to be selected with your thumb, one trigger for the index finger and one for the medium finger. Little and ring finger role is holding the controller all the time, so even if you release all the other triggers, the controller stays inside your hand.

Once you’ve tried their comfort, it’s time to do some setup. You have to go to your Oculus Home app and select to perform a full setup. 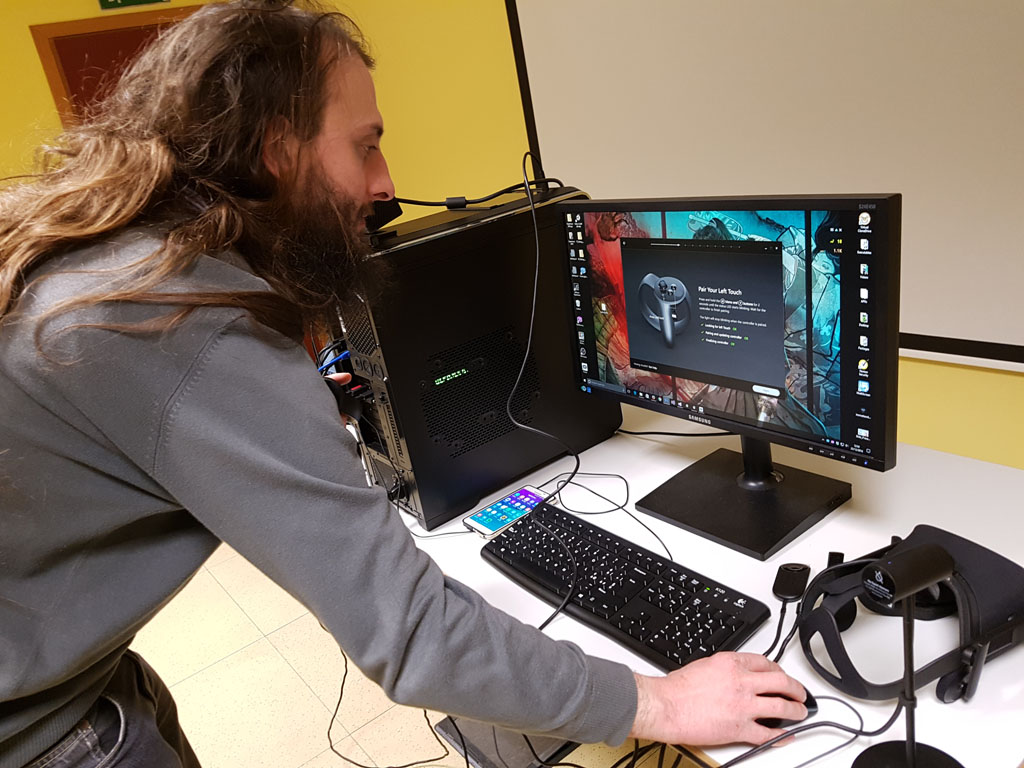 I will not cover all the setup stages here, but basically you have to pair the controllers (like with all Bluetooth devices), then select your height, then set your play area (the Guardian system, that is like Vive Chaperone or our ImmotionRoom Girello) and make some final configurations.

Setup is quite straightforward, but in my opinion Vive one is better (and our setup is even better and more usable, since it’s done using your full body through a smartphone app). Reasons are:

Anyway, 5 minutes later, you’re ready to try your new awesome toys! After the setup the system will start a little tutorial that will teach you the basics of Touch, so which are the triggers and the buttons and how to activate them. After this very short tutorial, it will launch Oculus First Contact for you. 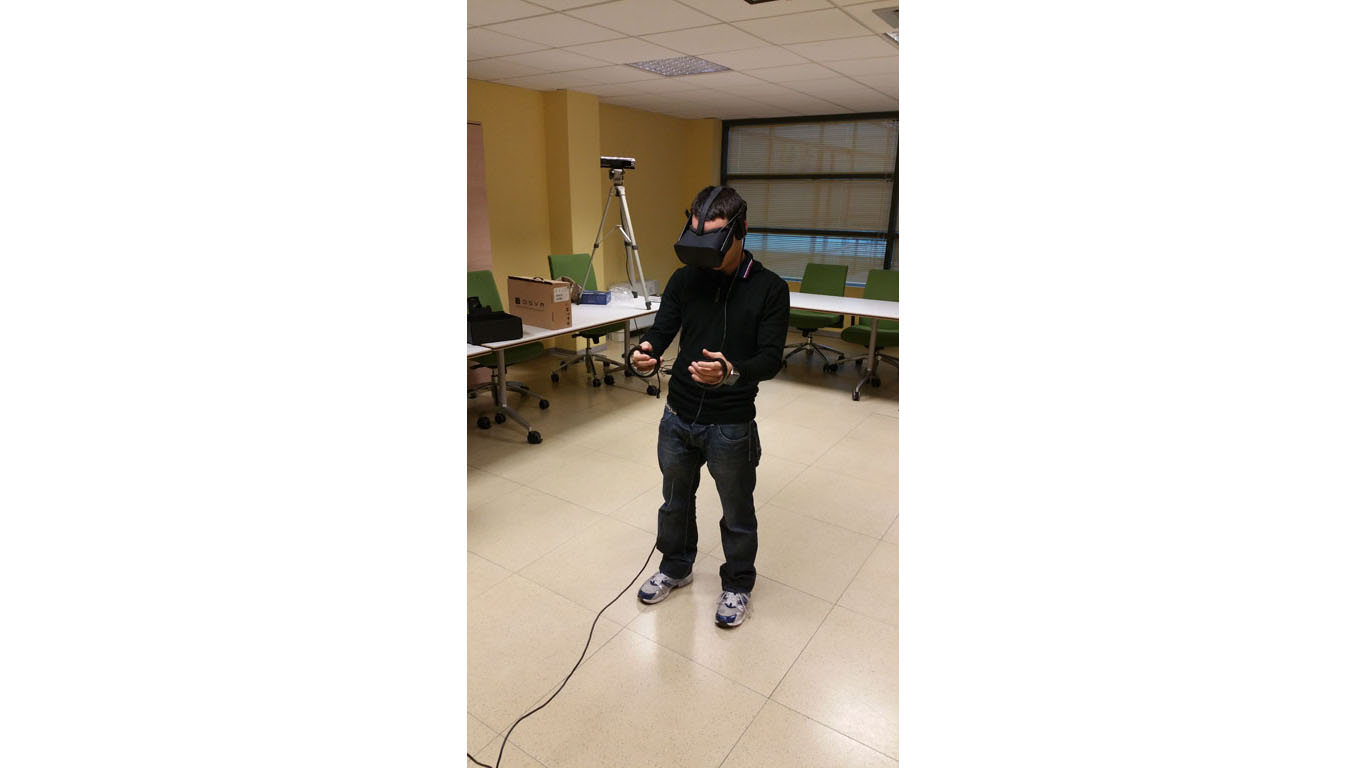 Oculus First Contact is like a mega-tutorial for Oculus Touch controllers. It is a lab-themed playground where a cute robot makes you do stuff using Oculus Touch, teaching you how to use triggers and buttons. If you want, between an instruction and another, you can play with surrounding objects, picking up objects and launching them. You can even be rickrolled! 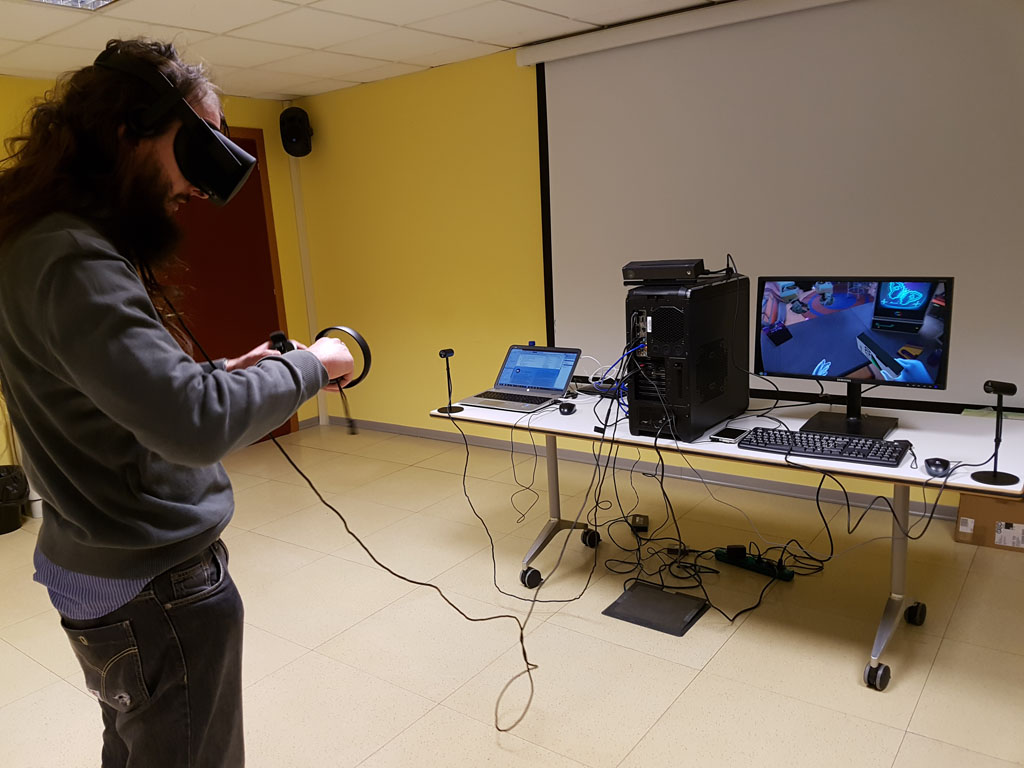 After the little tutorial and First Contact the user is able to do a basic use of Touch controllers. Surely some practice is still needed, but I think it is enough to teach the basics.

During this mega-tutorial stage I got my first true impressions of Oculus Touch (the one that I’ve already described here), that is that they are awesome controllers, but they’re still controllers.

Forget all that marketing stuff about “True hands presence”, this is all false. You have no true hands presence and if you try Touch controllers looking for it, you will have a great delusion, like in fact I had.

Oculus Touch DO NOT TRACK YOUR HANDS FINGERS. They track only the controllers and thanks to some sensors on Touch surface and some heuristics, they’re able to reconstruct an estimate somehow plausible of your hand position and rotation and of your fingers pose. All fingers have only fixed states that gets detected based on how they touch the controllers (so, if you index finger presses its trigger it is detected as closed, otherwise it is detected at extended). Fingers are tracked this way: 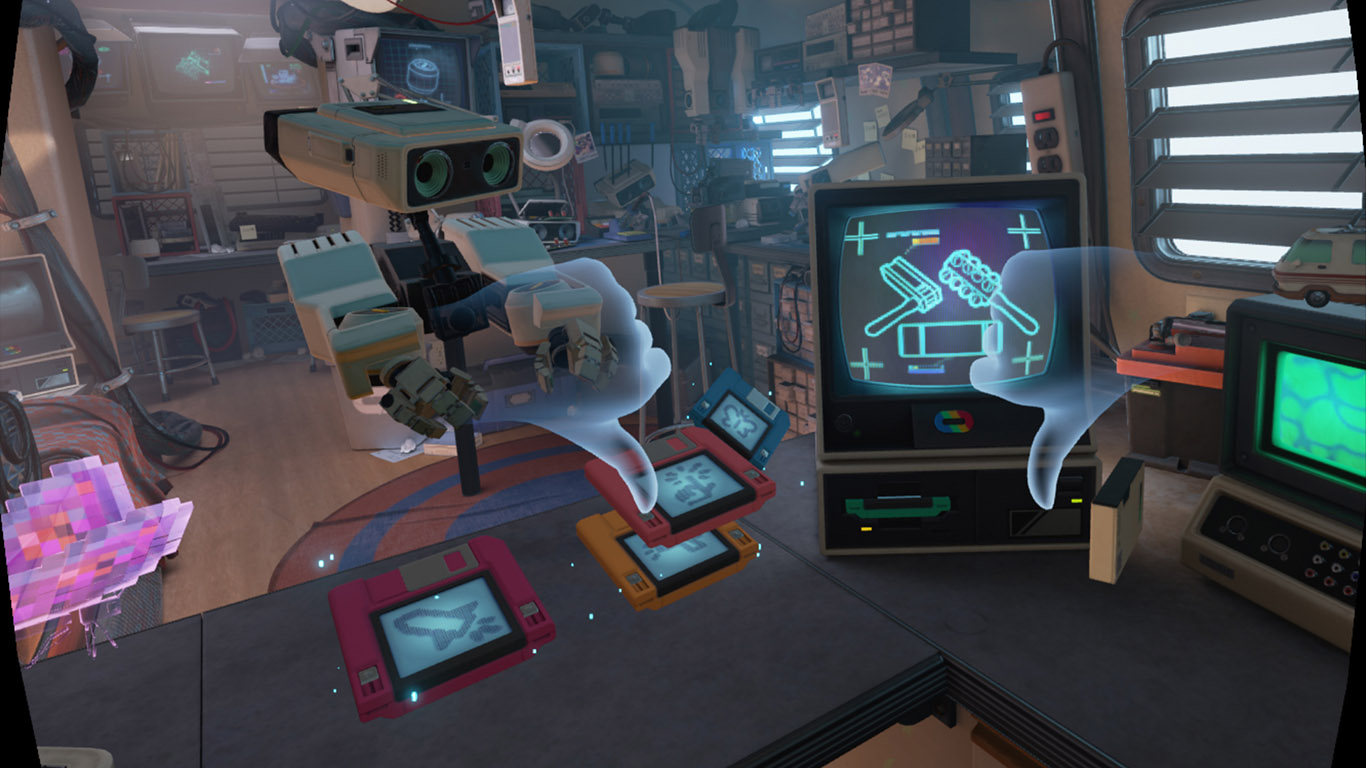 This means that you have exactly a controller that emulates somehow the use of a hand, but it is absolutely not as having your hand in VR. This is why a tutorial is needed: because you need to know how to use that controllers. Since I love natural interactions, I don’t like this approach a lot: I prefer Leap Motion where you have nothing to explain, because you see your hands tracked exactly as it is in real life and you move it exactly as you would have moved it in real life: no tutorial is needed. But Touch can give you more tracking stability, precision than Leap Motion… and, most importantly, haptic feedback.

Touch can give you haptic feedbacks through their physical presence (pushing a button gives you physical feedback for sure) and controller vibration (software controlled).

About tracking stability: I’ve not been able to try room-scale yet, so I tried the standard two-camera frontal setup. I found tracking very precise and super-satisfying. Only some glitches when tried tricky situations (like controllers very close each other or parts of my body occluding the controllers). As everyone says, Vive room-scale is slightly better and works out of the box with 360 degrees tracking (it doesn’t need additional sensors, USB extending cables and this stuff), but trust me that this is satisfying as well. Remember that with 2 frontal sensors setup, you can’t turn around 360 or tracking will be lost.

Just some words about available content. There are already lots of great games for Touch (lots of people love SuperHot, for example…) 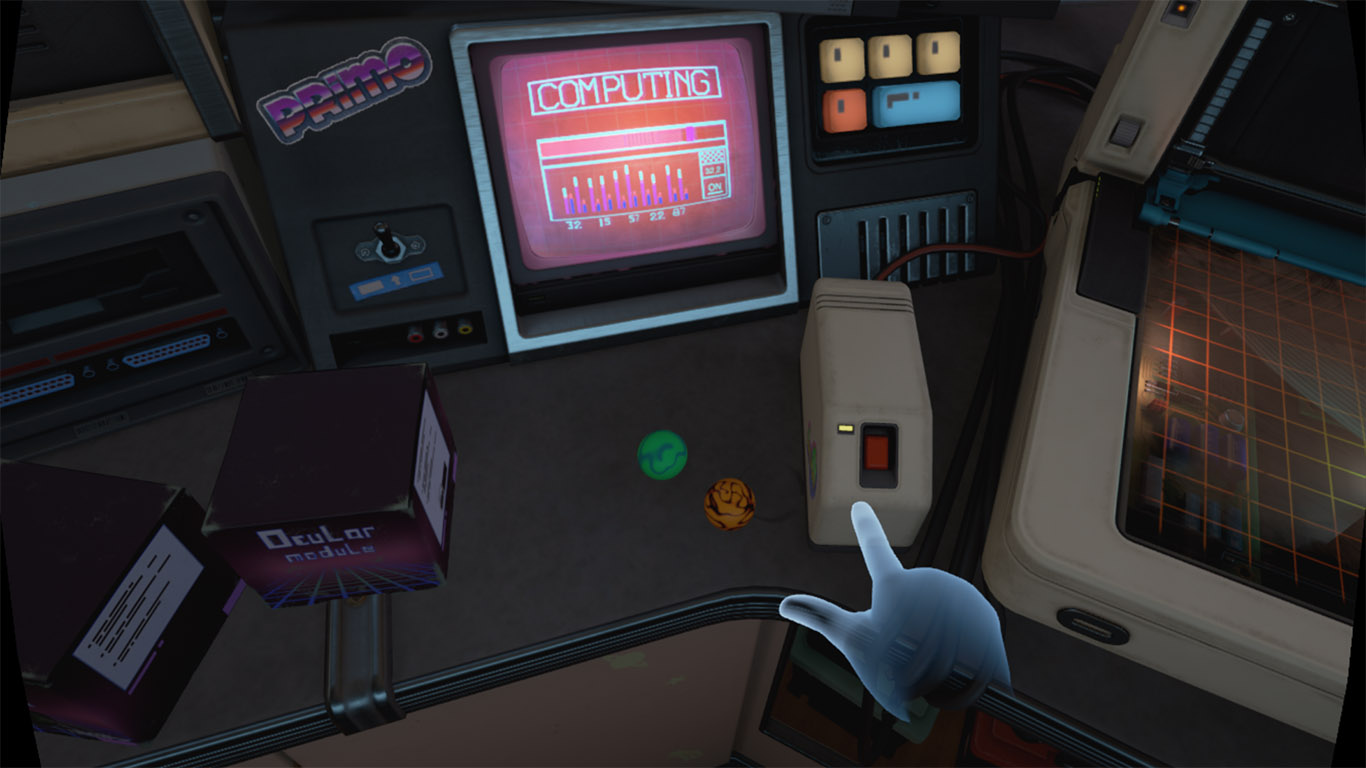 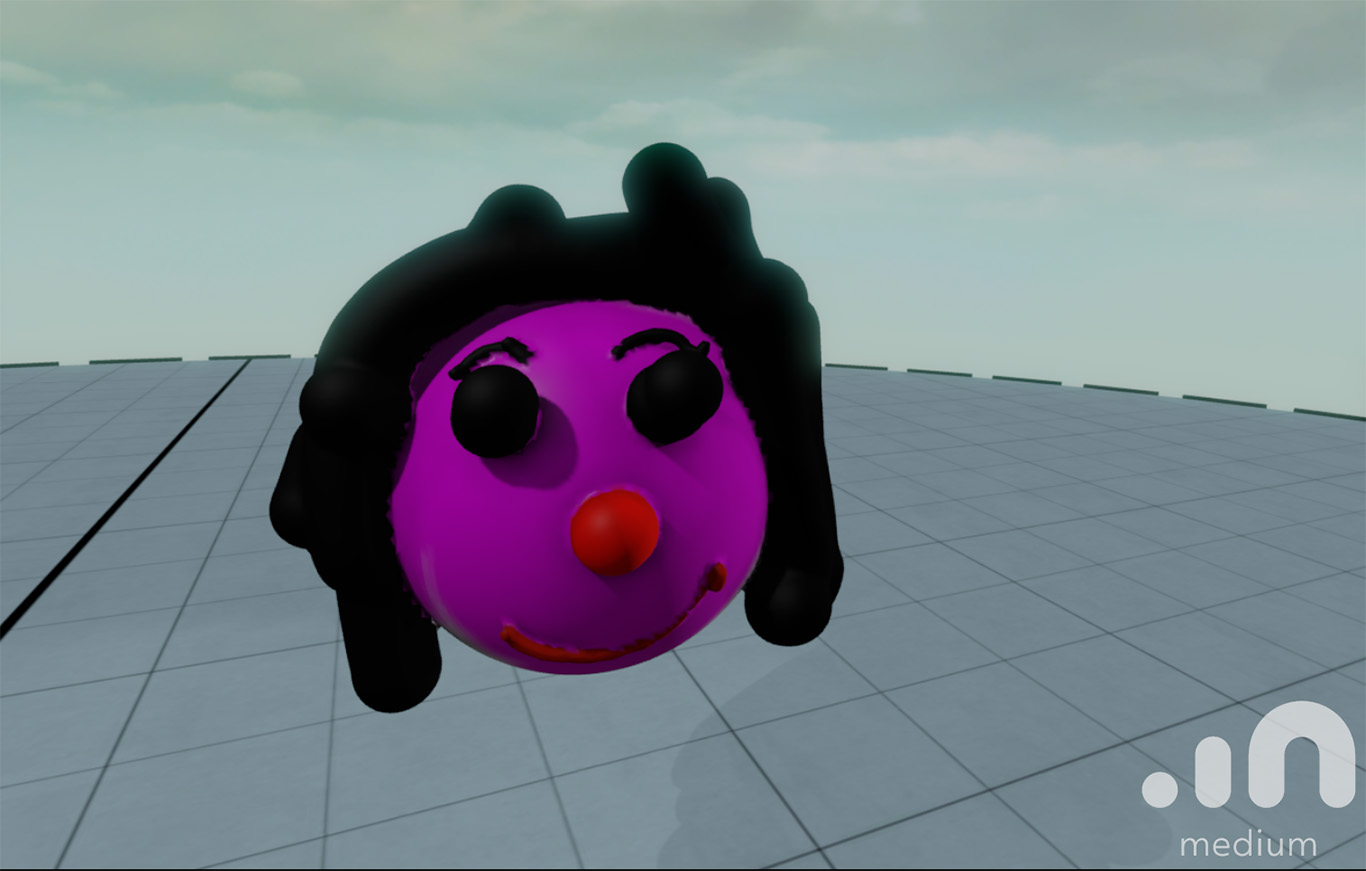 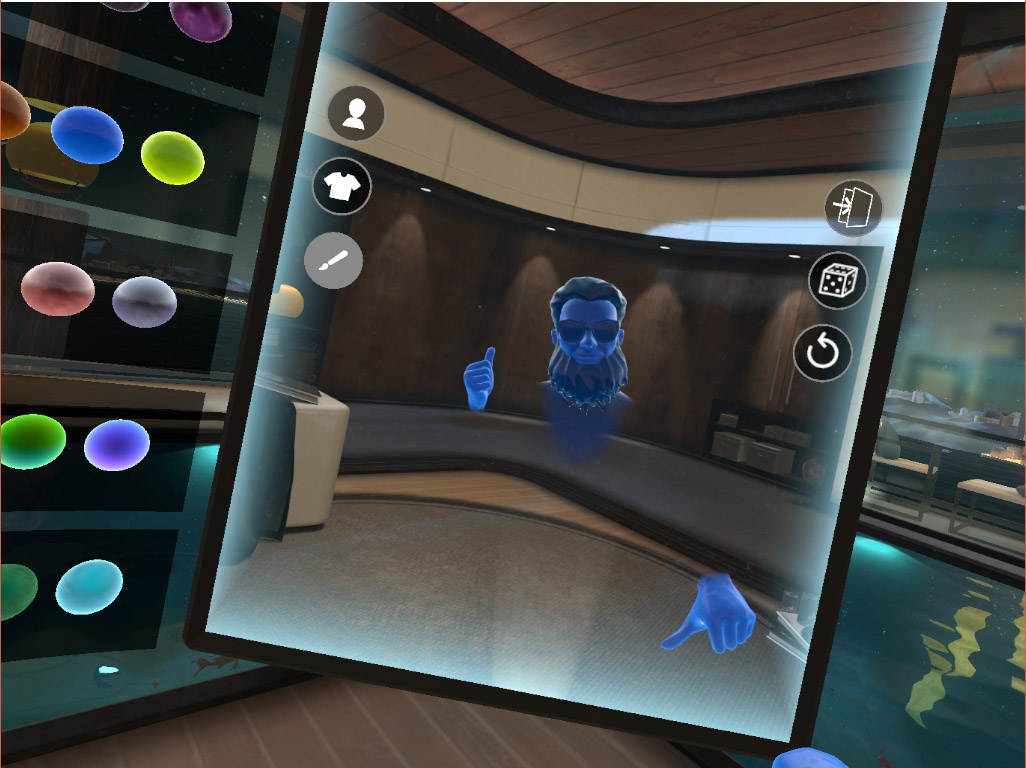 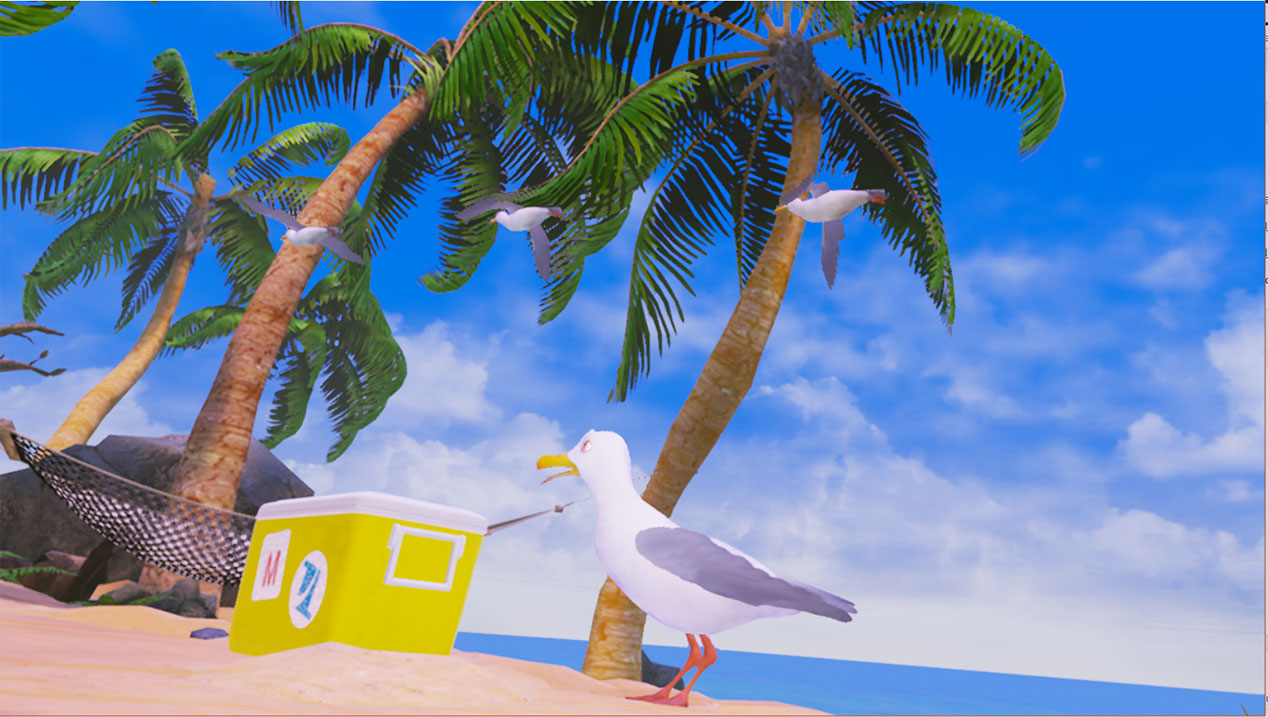 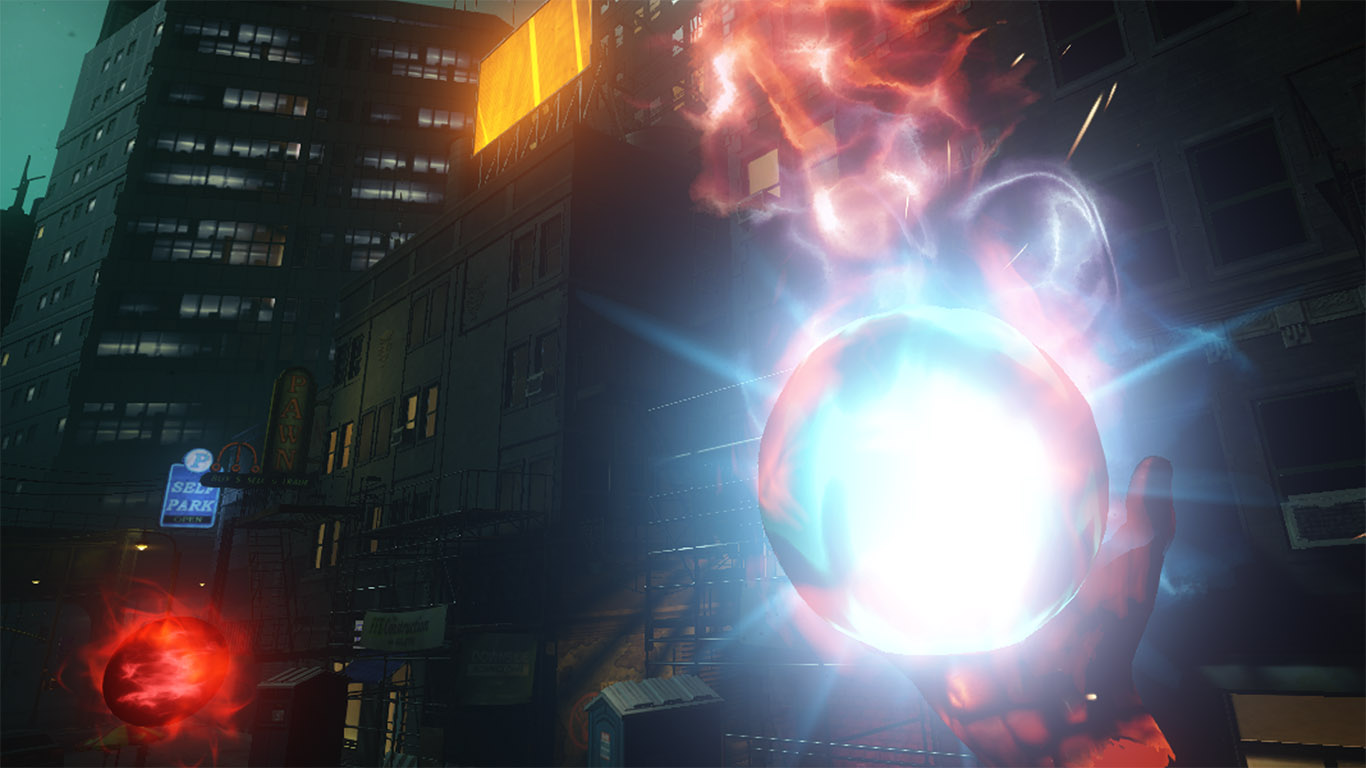 I wanted to try VR Sports Challenge too, but all the other game filled my hard drive!! (Some games occupy really an enormous amount of space).

Some considerations on my little gaming experience:

Last topic is about developing with Oculus Touch SDK in Unity. I’ve already talked extensively about this on my blog, so I will not make again a full review or you will need an entire day to read this post! Anyway, if you’re developer and want to start developing for Touch with Unity follow this link and read all my SDK review.

Here I’ll just say that developing with Touch in Unity is very easy: Oculus has provided lots of facilities to read their input in a very simple way. There are still some little issues in implementing the Avatar SDK to see your avatar, but they can be solved in few minutes once you know how to solve them.

We’ve also made some experiments in mixing Touch with ImmotionRoom and the integration has been done in few minutes. This is the video of our first results:

Amazing isn’it? And Oculus tracking system doesn’t interfere in any way with Kinect (like Vive does, instead…) so our full body VR system can work very well with them! (ah, if you want give it a try for free, you can download ImmotionRoom full body VR solution here! We’d appreciate a lot!)

If you have a Rift and you have the money, OF COURSE! These are amazing VR controllers! Do you still want to use the gamepad?!

And that’s it… if you have any questions or considerations, feel free to express them in the comments! (And if you want to share this article, we’ll be very grateful to you). See you at next review!

Oculus Touch are amazing ergonomic controllers made for Oculus Rift CV1. They’re very well crafted and fit perfectly in your hands. Their tracking is great and give you a good-enough emulation of your hands pose, that lets you have quasi-natural interactions in VR. Best VR controllers so far. Available content is already great. They add to Oculus Rift a new kind of VR interaction, so if you can afford them my strong advice is to buy them.