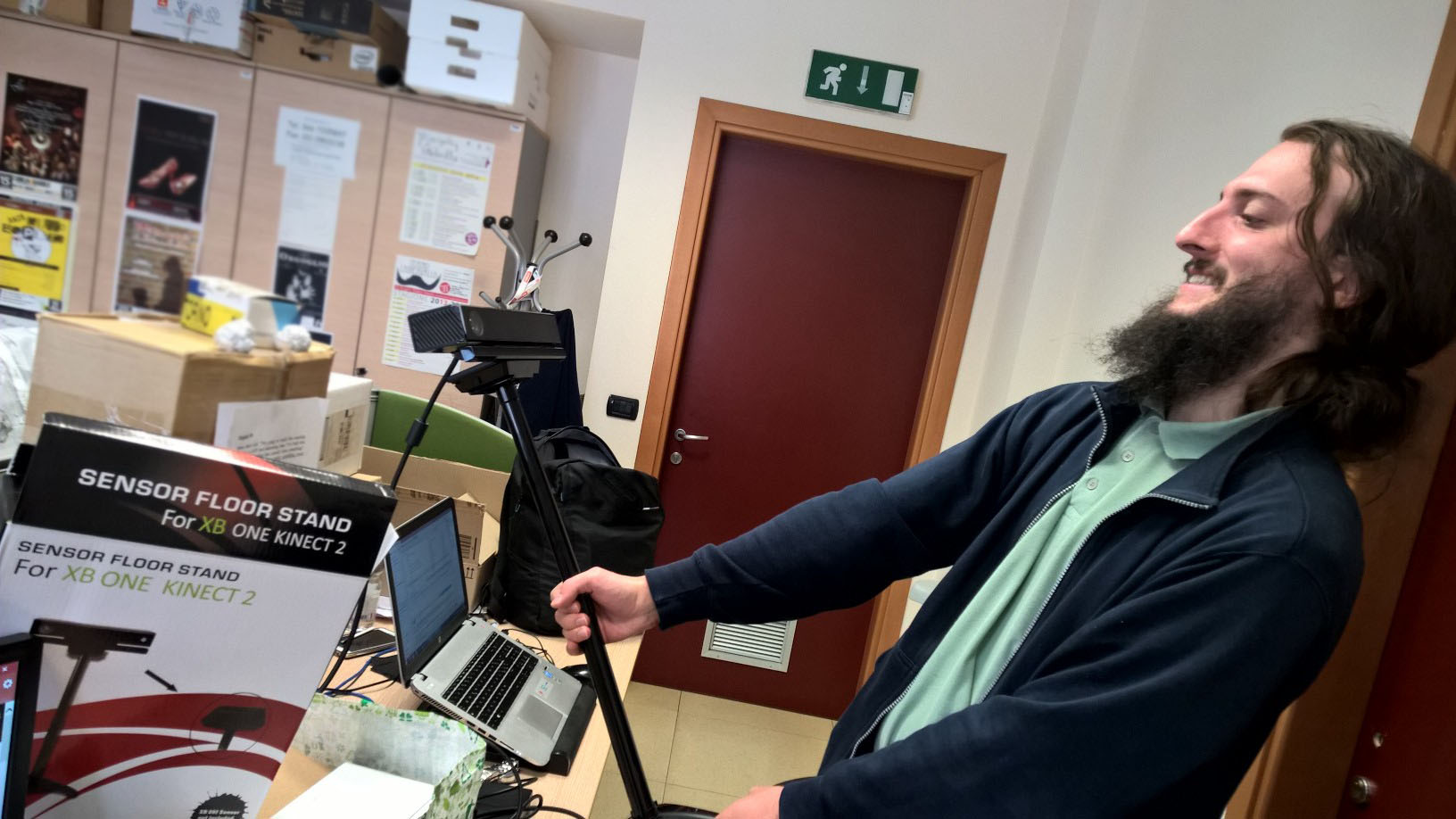 Hi to all! As promised, I’ll update you about our work in preparation for the WTT here in Turin.

First of all, we bought some fantastic Kinect stands! As a colleague of ours says: "they’re like selfie sticks, but for Kinect" :-) You can see one of them in the photo in this post! Stands are very useful to put Kinect sensors at a certain height above the floor, in an elegant way. Until now, we used card boxes: they are great for lab experiments, but very unelegant and unreliable for a public place use.

Besides shopping, we’re hard working for the demo.

Gianni is optimizing our algorithm for Kinect inter-communication. You already know that we have various Kinect sensors that communicate between themselves to obtain the 360-degrees tracking: well, this process must be as fast as possible, so he’s digging inside all the bits, trying to make all the process faster. 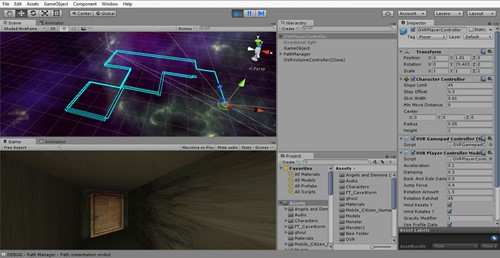 Meanwhile, I’m working on a demo application. It will be a game that… I’ll reveal it another day :-) But for now, I can say that there will be a path, with turns and obstacles… and I’ve just finished implementing the algorithm that creates a new random version of the path every time the game gets launched… cool, isnt’it? For the path generation algorithm, I’ve searched a lot on StackOverflow (the wikipedia for us developers :-) ) and then I picked a simple but effective algorithm. Now everything seems working and I started implementing player and enemies movements! Stay tuned to follow the updates!

We wish you a marvellous week :-)